Hyderabad, the capital city of the Indian state of Telangana sprawls along the Musi River, and is situated on a hilly terrain surrounded by artificial lakes such as Hussain Sagar. Pursuing a TEFL course in Hyderabad will allow you to explore the remaining monuments and architecture of the culturally rich Mughal Empire that had occupied the region for decades and also get trained for a new life abroad as a TEFL professional. Develop your English teaching skills and learn to design interesting lessons as the TEFL course provided by Asian College of Teachers will solidify the understanding of teaching English as a foreign or second language. If you are interested in participating in an indelible adventure of learning the culture and history of different countries and states, a TEFL course in Hyderabad will be apt for you before you make your move abroad as an EFL/ESL teacher. Students applying for a TEFL course in Hyderabad can also explore the local film industry by visiting the Ramoji Film City.

Asian College of Teachers is a renowned name in the field of teaching and training. If you are a professional ESL/EFL teachers or an individual who wants to consider TEFL as a career, the 3 weeks of in class teachers training course is offers you by ACT is suitable for you. It is a 120 hours’ comprehensive program that comes along with teaching practice sessions. The TEFL certificate provided by Asian College of Teachers has acceptance all over the world and gives the pleasure of teaching and travelling simultaneously. It prepares you to excel in the field of EFL/ESL teaching and become proficient English teachers in near future.

The 3 weeks in class TEFL course featured by Asian College of Teachers is a flexible program which is being conducted throughout the year so you can apply as per your own convenience.

Asian College of Teachers promises a comfortable stay in Hyderabad during 3 weeks TEFL in class course. Both the A/C and non A/C accommodation are available here. You can select one as per your choice. A/C accommodation is available with all the facilities like television, internet will cost you 18,000 INR. Accommodation will be provided near the institution.

Hyderabad is the capital city of the Indian state of Telangana that is located on the banks of the Musi River and the Deccan Plateau. The name "Hyderabad" originated from an affair between Mohammad Quli Qutb Shah and a local Telugu courtesan named Bhagmati. After converting to Islam, she took on the name of "Hyder Mahal", hence the city was named Hyderabad. The Mughal Emperor Aurangzeb was known for defeating the Delhi Sultanate and introduce the Mughal Dynasty in Hyderabad. The city is known to have a rich history of culture that is reflected in the various monuments such as the Golconda Fort and Char Minar built in the city. Currently, Hyderabad is a highly urbanized and metropolis city that acts as a hub for the Indian IT sector. The city is a perfect blend of modern day buildings, shopping malls, and historic forts and temples located in the Old City. Hyderabad is also renowned for its variety of delectable food. You can try the world famous Hyderabadi Biriyani which is a tasty and meaty main course. Students can also try the Arabic, Hyderabadi Haleem that was introduced during the Nizam rule. It is a thick stew made of meat, lentils and wheat. The TEFL course in Hyderabad is not just a training, but also an opportunity to enjoy a blend of urbanisation and culture that is Hyderabad.

Pursuing TEFL in class course in Hyderabad will open up for you the door of opportunity to explore world as there are a number of TEFL jobs available all across the world. Asia has become the current sought after destination for ESL teachers. China is churning out huge vacancies for English teachers and there are adequate ESL jobs in Thailand, Japan and Taiwan as well. The salary structure is good for EFL teachers which brings the opportunity to earn some good amount of money as well. There is a huge opportunity waiting for the EFL teachers in South East Asia. The TEFL in class course will make you prepare for the global classrooms.

The trainees will receive a globally recognized certificate awarded by Asian College of Teachers (ACT) on successful completion of Certificate TEFL course. Additionally, all Asian College of Teachers (ACT) TEFL Courses have been accredited by TESOL Canada - an international association of educators, TESOL teachers, TESOL instructors, TESOL graduates, Board of Federal Directors and Provincial Representatives across Canada with both national and international representatives. TESOL Canada programs are approved by the Ministry of Employment, Human Resources Development Canada HRDC, and authenticated through Ministry of Foreign Affairs for international use.

Accreditation is a process which plays an important role for an educational institution as it is all about meeting the set standards of quality and is an ongoing evaluation which encourages constant improvement. It acts as a vital tool to monitor and assess the standard and quality of education. TEFL course aims at those are planning a career in EFL/ESL teaching and keen on exploring different cultures while they teach and travel abroad.

All our TEFL courses are accredited by the world's largest TESOL accreditation body TESOL Canada & TESOL USA and the candidates get the option of appearing in the TESOL Board exam and receiving prestigious TESOL Canada and TESOL USA certificates notarized, attested and apostle by USA and Canadian Government and Embassy of UAE and India. All successful TEFL students will receive certification from Asian College of Teachers (ACT). The certificates are globally recognized making the candidates eligible for better TEFL job opportunities.

Prof. Diploma in Train the Trainer

WHAT OUR STUDENTS SAYS

Full of knowledge and useful information, suggestion for lesson plan and ideas for support learning. The knowledge, as mother and "home" teacher was incomplete, after this course I'm feel more comfortable in these topics. -LAURA

It was hard work but I learned a lot. Because of this it was well worth it and I am well on my way to succeeding in my goal to become an English teacher in Asia. Instead of being scared as I previously was, I am only a little bit nervous now that I have this experience under my belt. -CATHERINE STRENG

The course was very informative and I really liked the fact that I could do the Work on my own time. That made less pressure and I could do my best work for the assignments. -MELISSA LAURIN 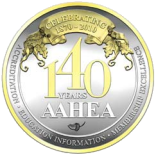